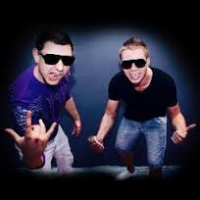 DIRTY SHADE - it is a tandem of two young Russian producers Igor Sergeyev and Sergei Krivtsov.
After working for a long time, separately, in the second half of 2011, the guys decided to join forces to make a greater contribution to the house industry.

Later, in 2011, DIRTY SHADE signed a contract with the Italian label "Jolly Roger: Sound Of Pirates", for write five remixes. After there they made a joint remix with label owner "Steve Forest & Nicola Fasano" in the "R & B / Pop" band "Cover Drive" and their single "Twilight". The release took first position in the UK charts Itunes a few hours after its release!

Just over 2012 boys have developed their own unique style, and reached the level of the world of sound.

Their work has been supported by such international artists as: Avicii, David Guetta, David Guetta, Hardwell, Nicky Romero, Martin Solveig, Sander van Doorn, Thomas Gold and many others.

On the road, the guys are working together, and literally explode any dancefloor! Their unique MASH UP of the best house new music does not relax people for a minute on the dance floor!
Dirty Shade - is a new name on the club industry, which was born in the legendary hero-city of Smolensk, from which out and achieved global recognition projects such as HARD ROCK SOFA and SWANKY TUNES!