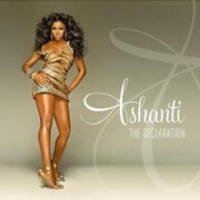 Published by: The Inc., Universal

The first single “The Way That I Love You“, which was released to radio and digital outlets in January 2008, reached number two on the Hot R&B/Hip-Hop Songs chart and number thirty-seven on the Billboard Hot 100, becoming Ashanti’s first song to reach the top forty since “Only U” in 2004.
“Good Good” will be the album’s second single, it was released to urban radio stations on June 16, 2008, the music video will premiere on July 17, 2008 on Yahoo! Music.
The song contains elements of Elton John’s 1974 single “Bennie and the Jets”, and has the same melody arrangement as Michael Jackson’s “The Girl Is Mine”